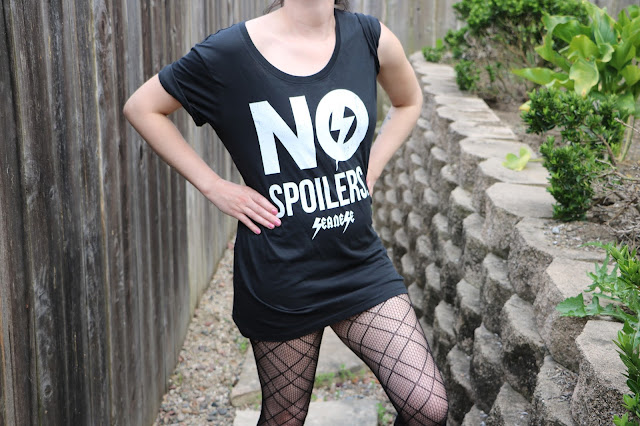 The t-shirt has made such an evolution over the years. According to Wiki 'The T-shirt evolved from undergarments used in the 19th century. First, the one-piece union suit underwear was cut into separate top and bottom garments, with the top long enough to tuck under the waistband of the bottoms. With and without buttons, they were adopted by miners and stevedores during the late 19th century as a convenient covering for hot environments.

As slip-on garments without buttons, the earliest T-shirt dates back to sometime between the 1898 Spanish–American War and 1913, when the U.S. Navy began issuing them as undergarments."

It's come a long way baby and now is popular for amazing graphics in both design (art) and phrases. 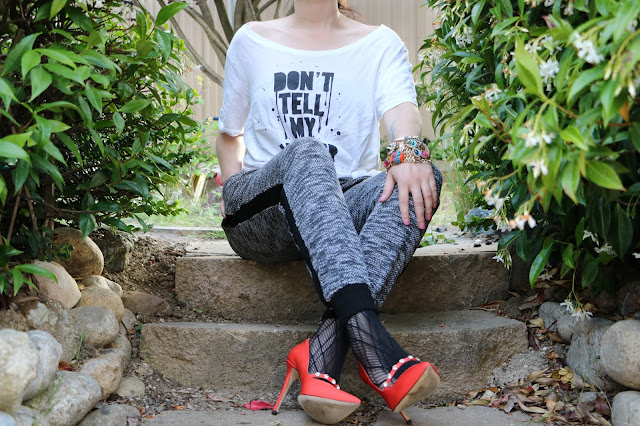 The styling and context to which one wears a t-shirt has also changed and evolved. I wanted to share several ways to wear a T-shirt using two of my new FAV's from the SEANESE line. Sean's line is new and special to me because Sean has a giant personality and he has chosen graphic tees to express himself and his unique "sayings". Sean also has Down Syndrome and has struggled with speech and hearing issues for his entire life. Growing up his speech was only clear to those who spent a lot of time around him and some had joked that he had his own language. The name "Seanese" is a tongue in cheek and clever name for his collection of tees, caps, bags and other items that have his "sayings" on them. 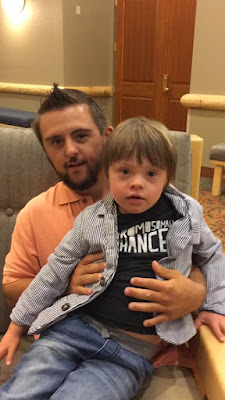 Sean with my son Blake

My two FAV's are "Don't Tell My Mother" and "No Spoilers".  I wanted to show you how I wear them and style them on a smaller model in hopes of expanding your view on the versatility of a t-shirt. 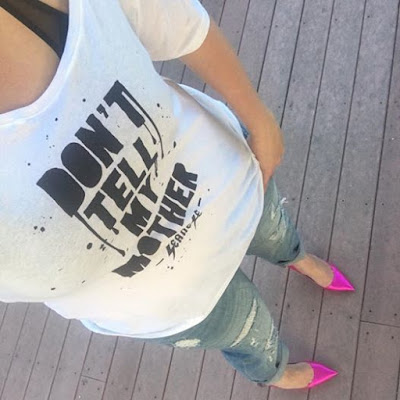 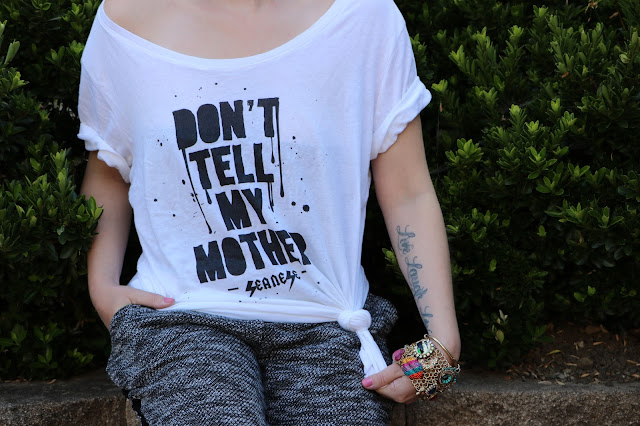 Shown Here off the shoulder, rolled up sleeve with a side knot. Statement jewels and track pants. 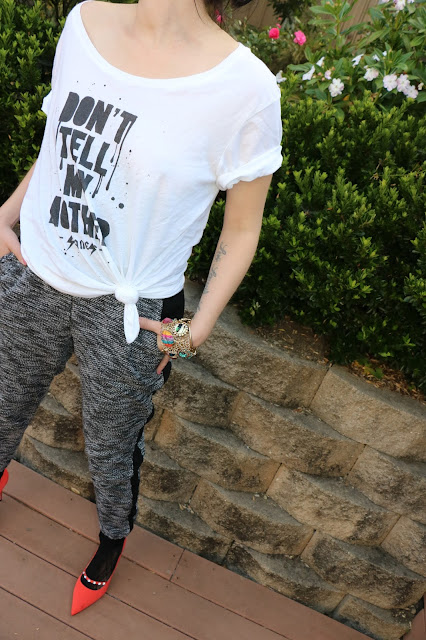 Because everyone wears heels, fishnets and track pants. They don't but clearly should.

My XL Tee on my size SM model is the perfect shirt dress. 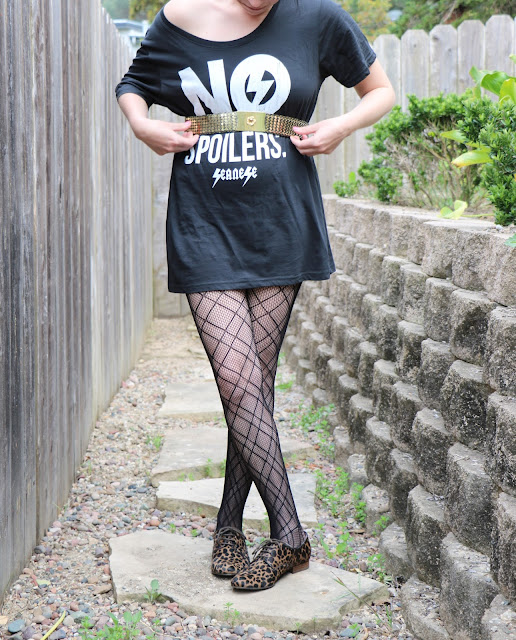 Or belted with a Vintage gold tone fish scale metallic belt and printed flats and fishnets. 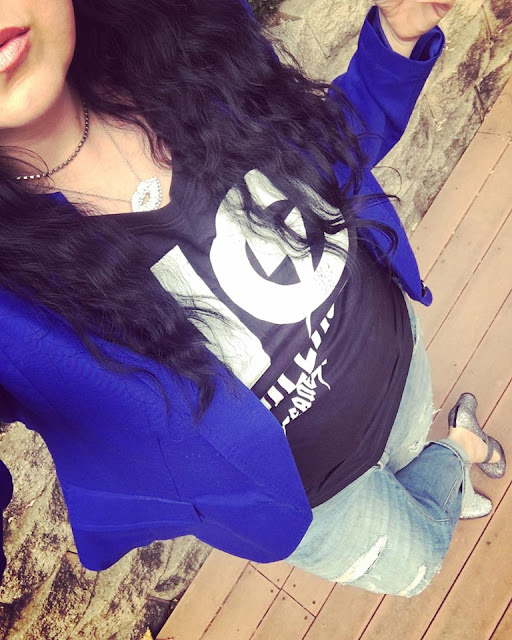 I wear the tee with a colored blazer (Forever 21 a million seasons ago), Lucky Brand Denim & SJP TARTT Mary Jane

The shirts come in all sizes and several colorways, women's, men's, kids and babies too!

What is your FAV way to wear a graphic t-shirt?

Posted by EvolutionVtg at 8:35 PM