Abort What You Think You Know

I read an on-line article today about a woman in the UK who chose to abort her son because she was told he had Down Syndrome and a host of other health problems. I would never judge anyone for terminating a pregnancy as I am Pro-Choice but I had immediate feelings of sorrow for her. I feel sorry for what she is missing and what she really has lost. She should have aborted her pre-conceived notions about Down Syndrome and what the "professionals" (who likely have no children with Down Syndrome or first hand knowledge) told her and her husband. I applaud her courage to share her story and images with the insensitive masses and open up to ridicule. I wonder what her reasoning was to come forward now during Down Syndrome awareness month and have to question the plug for the agency that helped her. The Antenatal Results and Choices (ARC) who she will be soon running a marathon for.

Based on her carefully crafted language she and her husband seem like a loving pair who have done their best to rationalize their decision of terminating Oscar's (yes they named him) life before they had a chance to meet him. They claimed his heart condition boasted a 1% survival rate. Maybe this is what pushed her to the decision of termination in conjunction with her fear of having a "poorly child with Down Syndrome"? or it was their feat of judgement of him? or their lack of knowledge? I wouldn't want to speculate. She claims to have received support for her decision as opposed to being met with opposition in general. This was also a really sad part of her story and a reflection of how our society as a whole views Down Syndrome. She implies that people understand why she would terminate a baby with Down Syndrome and it is more accepted than aborting a "perfect" or "typical" baby.

My son isn't typical but he is perfect. This being Down Syndrome awareness month I feel it is an excellent time to start a dialogue about professionals and how they deliver diagnosis and information to emotional, vulnerable, terrified parents and how this information and its delivery impact their decision's and lives.

In her article she notes that approximately 3 abortions a day in the UK take place because of a Down Syndrome diagnosis. I would love to know how many are based on FEAR of the unknown due to the inaccurate information provided by their health care professionals, who after all are just people too.

We blindly put our faith in these people as once we enter a health care facility it is as if we loose all common sense and revert to placing blind faith into the hands of our intelligent, over achieving peers who achieved a higher education than us and dedicated their lives to their profession for whatever reason. 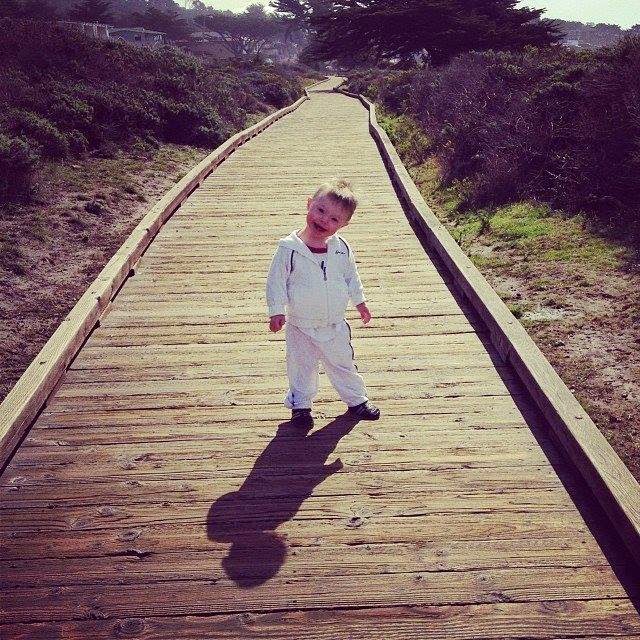 In the US physicians and physicians assistants take the traditional Hippocratic Oath, with one major cornerstone being "First do no harm". Is failing to provide accurate and/or current information to parents harmful? I will say YES! With 1 in 691 births in the USA one would assume that more attention would be paid by health care professionals to update their information on this not-so-rare chromosomal issue.

I can speak from experience the devastation that a poorly and thoughtlessly delivered diagnosis does to a mother. My son Blake was born with Down Syndrome in 2011 and we has no prior knowledge or even risk. Our ultrasound, like my daughters was clean with no physical "markers" for Down Syndrome, I was under the age of 35 and declined genetic testing and deemed it unnecessary as I would have had Blake no matter what testing revealed.  When he was born he came in a dramatic fashion and spent 6 days in the special care nursery with issues unrelated to Down Syndrome. The Doctor's suspected he had  Down Syndrome because of the shape of his eyes. This was the only physical characteristic seen at birth, no simian crease, no low set ears, neck issues, heart issues, etc. 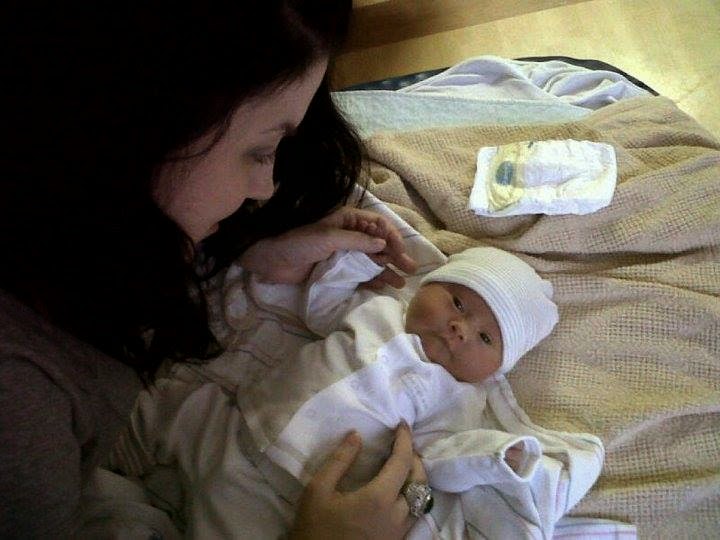 They took his blood and told us we have to wait about two weeks. They (Doctors/Nurses) also gave us some cliche, bullshit, information about people with Down Syndrome. Reciting stereotypes and things you hear from random people. No congratulations or the excitement that I received when my daughter was born. Just solemn faces and lots of "doom and gloom". I was given generic resources to call but never anything REAL about people with Down Syndrome. A lot of "we don't know" and "Everyone is different" and all the things that could happen that would be considered negative, wrong or a struggle for us. I received NONE of "People with Down Syndrome live productive lives" "People with Down Syndrome are living into their 60's and beyond" "People with Down Syndrome have jobs, relationships, go to college and have happy lives".  You can imagine a hormonal, post-partum mothers terror as I am reaching to the only trusted people that are there, the ones who are supposed to be all powerful and knowledgeable, the Doctors and medical staff! When Blake's doctor did give me his final diagnosis I had brought Blake into the office at two weeks of age for his circumcision. When I politely asked the Doctor, "So... Did Blake's test come back"? His reply "Oh, you didn't get my voicemail?" I was in shock and said "Obviously not or I wouldn't be asking" and he replied" Oh yeah he has it" and promptly got up from his chair to go check the other room for foreskin removal prep. The doctor left me hysterically bawling my eyes out in my husbands arms.

Oh yeah he has it? Seriously? A diagnosis left on a voice mail? A diagnosis so thoughtlessly given to me with no compassion or care. He had very little answers for me and in a follow up frantic phone call I had more information than he did about Down Syndrome and the different types from a simple Google search.

I always wondered who the person was who received the news of Blake's extra chromosome on their voice mail. They probably felt sorry for whomever was supposed to receive it as I'm sure that message was not much better than the one we had live. 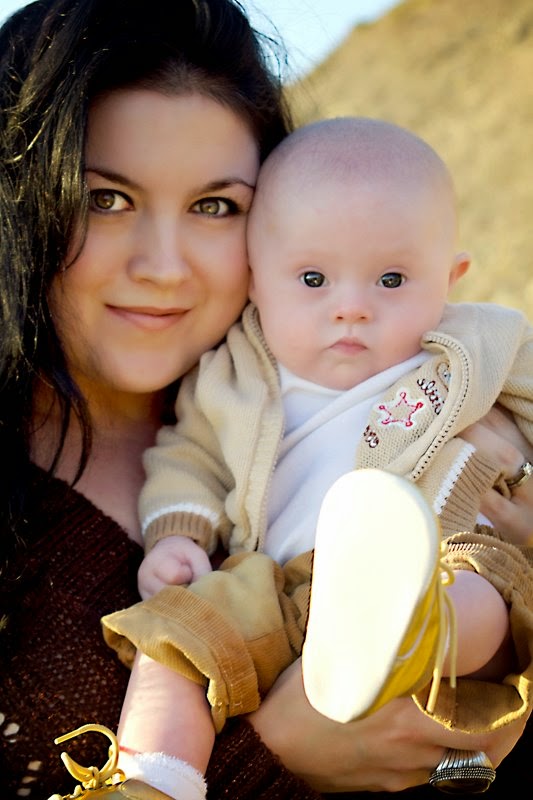 I wonder if this woman's decision would have changed if she would have had a chance to talk with me or another mother who is actually living with a son with Down Syndrome. Ultrasounds and Doctors can be wrong, remember mine that said Blake had ZERO markers and Down Syndrome was a non issue .... maybe the same was true about her child's "1% chance of survival"?

I also want to point out that Blake has been a treasure to his siblings, not something that takes time away from them. He can be the bratty little brother too like any other kid but by-and-large they all like playing together and including Blake. We have an age range in our house of 16,12,6,3 who all require attention from us. As parents you juggle and "make it work", having a child with Down Syndrome is not a detriment to your other children.

Blake is many things, a son, brother, nephew and grandson. He is now a student in an inclusive pre-school with peers and friends. He is an inspiration to me personally and impacts the lives of all of the people he comes in contact with. He is also a little stubborn contrarian who is self directed and knows what he wants. He is funny and loves to dance. He is a rough-and-tumble, sensory seeking boy. He is MY SON, perfectly imperfect. 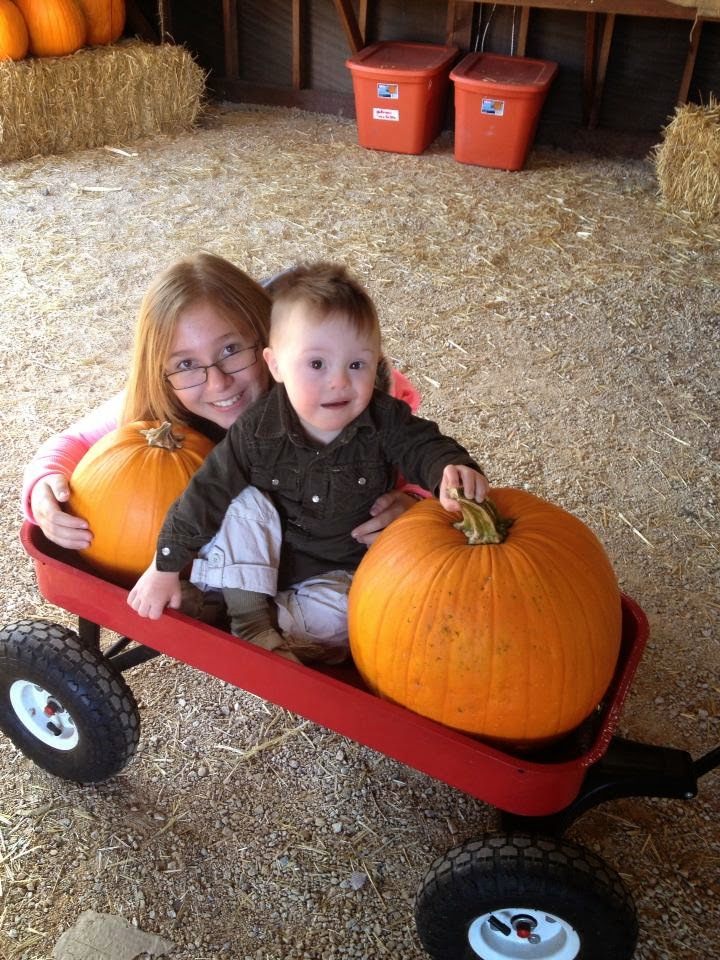 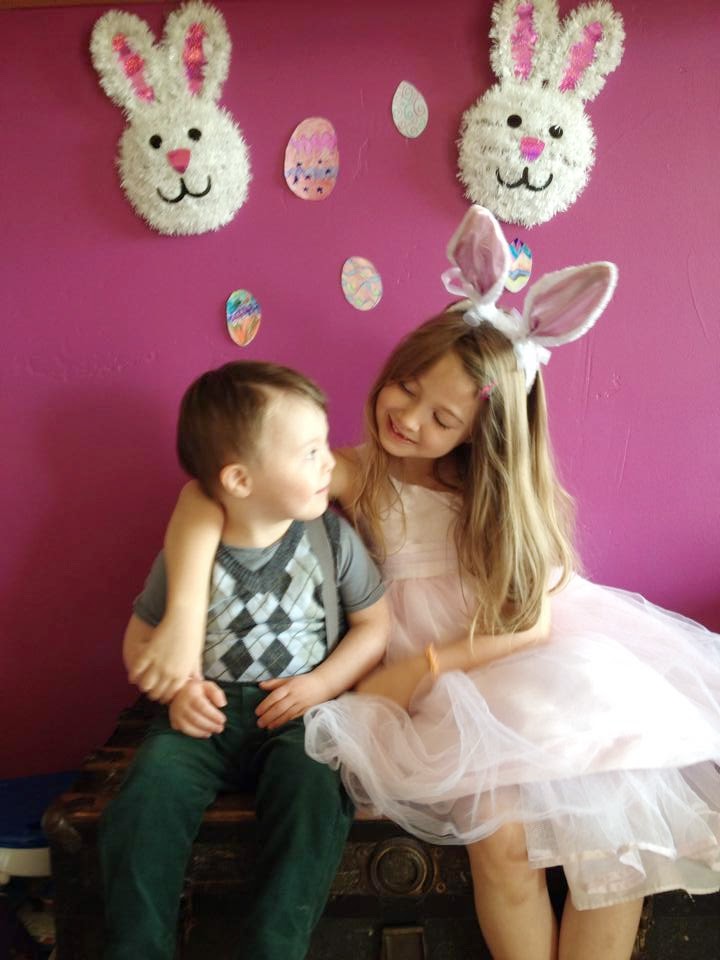 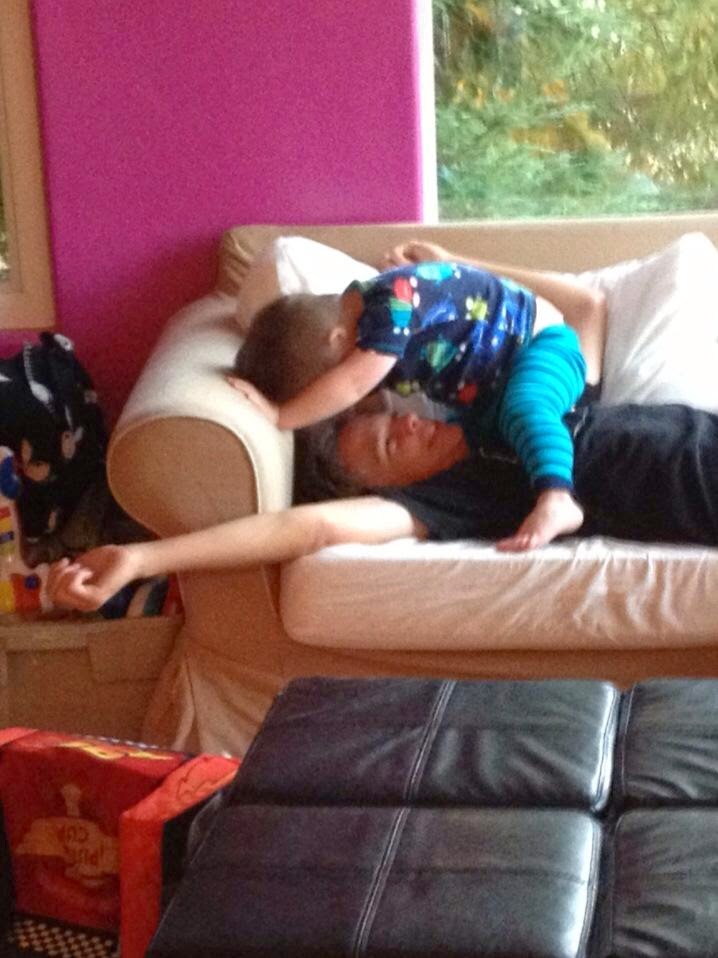 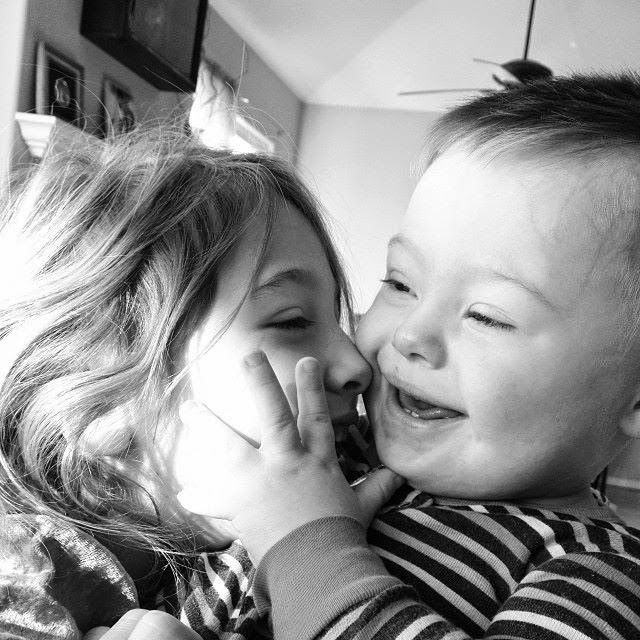 I want to offer the mother a lifetime of compassionate condolence that she will need while forever missing the beautiful baby she didn't want to take the chance on. I'm sorry for her fear and her grief. I'm going to kiss my son now and celebrate that he is not a generic, 'typical' child. I will celebrate how exciting our lives are now as we just don't know what Blake will do or achieve next, just like our other kids. I will happily accept the extra work, sleepless nights, stress and worry that comes with the title of "Mother". I feel fortunate that life forced me into changing my perspective and gave me the opportunity to be a part of the Down Syndrome community.  She should have aborted the ideas and stereotypes she thought she knew, instead of Oscar.  Again, I respect a woman's right to choose, I just hope she had the accurate information when making her choice. If she truly did I think her decision may have been different. 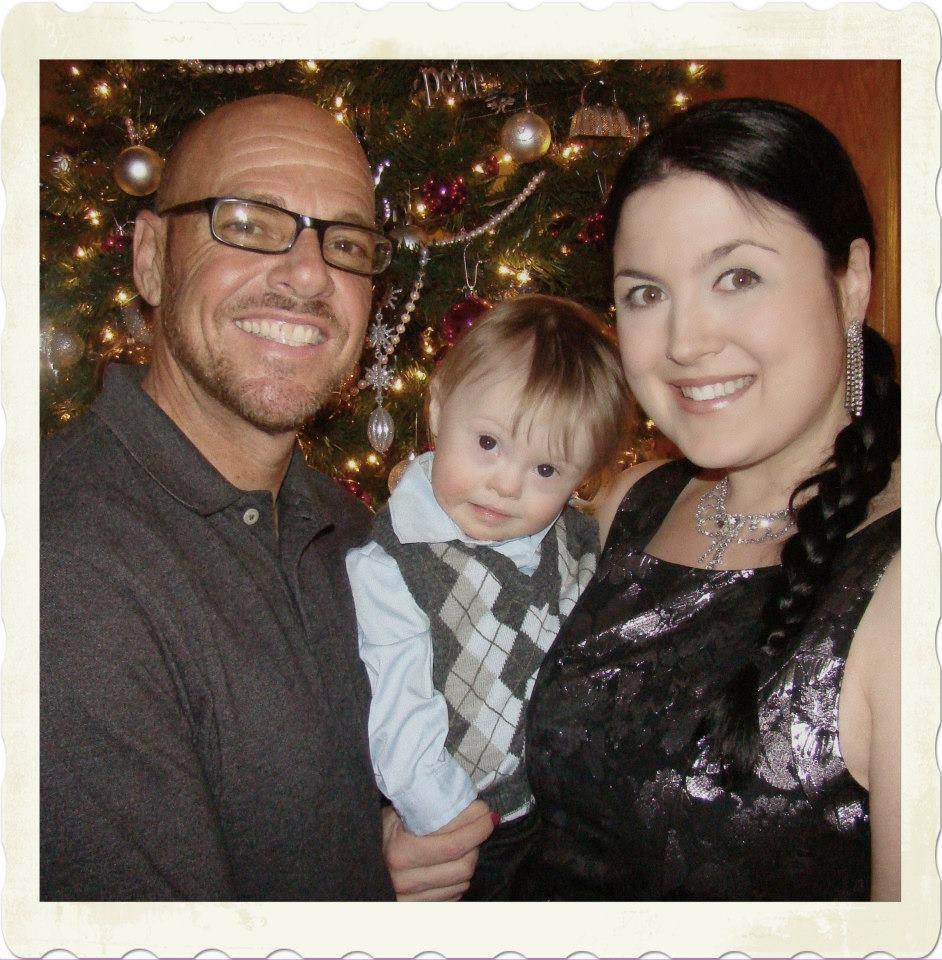 My husband, Blake and I

I would love to be a resource for other mother's who are contemplating this decision and be available to share my experience. The Antenatal Results and Choices (ARC) organization's mission is "We believe that every parent should have access to non-directive information and support through antenatal testing and its consequences"
I would be open to providing the parents support so they gain access to ALL the information from a person directly dealing with someone who has Down Syndrome, not a chart, graph, or medical statistics and what "could" happen.  I would like toadd that there are MANY positive "consequences" to having a child with Down Syndrome. NO ONE KNOWS what a child will do or not do but the child. It is up to you to decide if you are willing to live with the "What if" based on tests ans stats alone or instead accept your child for all of his/her uniqueness and embrace your new reality.

I would be happy to consult with ANY mother at ANY time. 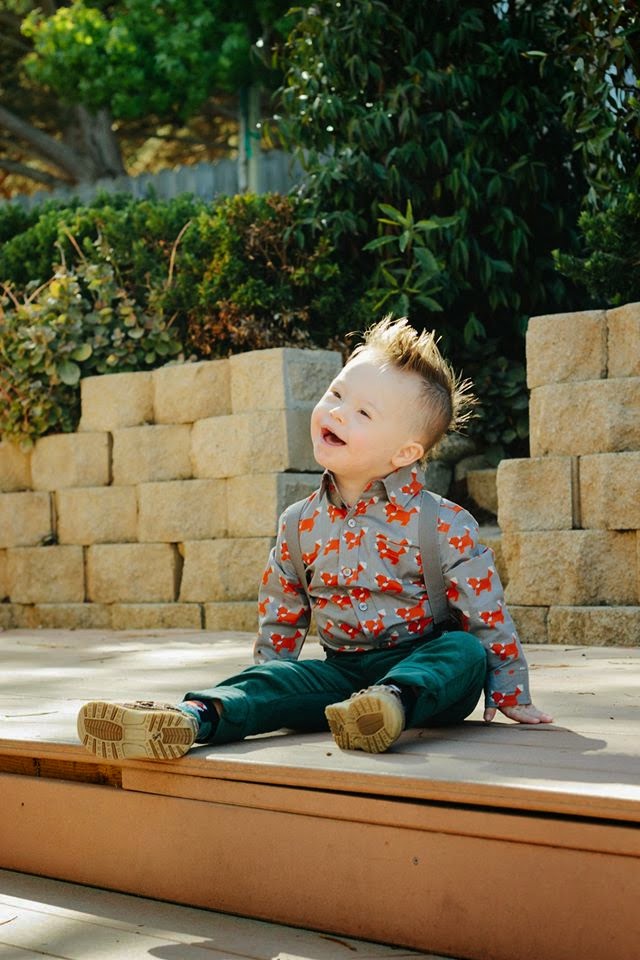 Posted by EvolutionVtg at 4:46 PM